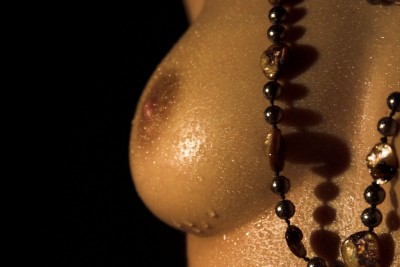 Kerry Katona, a celebrity on the ITV’s Dancing on Ice has confirmed that she wants further cosmetic surgery on her breasts.

Since taking part in the show, Kerry said that she has lost so much weight she has dropped three dress sizes. The loss in weight she attributes to better diet and exercise from skating. However, she also feels that this sudden loss in weight is now causing problems with her breasts. In short, Kerry feels she needs to have them enlarged.

Speaking with reporters, Kerry Katona said: “I think they’re a good look. I’ve had implants before and am actually considering getting some again because I’ve lost that much weight.”

She added:  “I think men prefer women to be more natural but I wouldn’t be doing it for any man, I’d be doing it for me. I take my bra off and trip over my nipples. Well, maybe not that bad. I want to have a boob job, so maybe this year. I’ve had four kids and they’re just a bit saggy. I want them filled out again.”

One of the many accusations laid at the door of celebrities and others who decide to have cosmetic surgery is that they are vain.

Recently, one former judge on the ITV’s Britain’s Got Talent show, Piers Morgan was asked if he was vain. He told reporters: “I’m not as vain as [Simon Cowell] him, physically. He has all these treatments and Botox and all. I don’t do that kind of thing.”