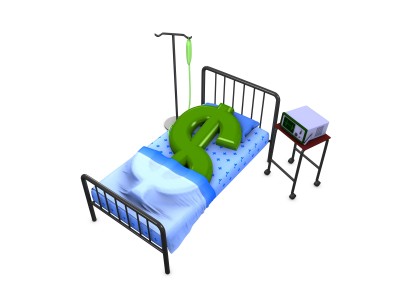 Overspending by England’s NHS trusts has risen to £1.6 billion in 2015 amid growing concerns about financial problems.

The official figures for April-September mark the halfway point in the 2015-2016 financial year. They show that the deficit has grown from the £930 million posted in the initial three months.

The problems have been described by regulators as the “worst for a generation”.

These figures have been released by the Trust Development Authority and the regulators Monitor. They come ahead of next week’s spending review, when Chancellor George Osborne will announce his plans for the Parliament.

Between them, the figures account for around two thirds of the NHS’s budget, which stands at £116 billion. The rest goes on other areas, such as training, drug prescription and GPs.

Eight in ten trusts were in deficit overall by the end of September.

This means the combined overspend is already almost double what it was during the whole financial year of 2014-2015.

Last [financial] year, the NHS finished £822m in the red and the whole health service was only able to balance the books after receiving a cash injection from the Treasury and using the capital budget set aside for buildings.

One of the major problems highlighted is overspending on agency staff, along with increasing demand for services. There will also now be more pressure on health bosses to cut back on spending.

Regulators also warned that hospitals were facing increasing problems with discharging patients. This occurs when services in the community are limited, either from the NHS or councils, to look after those most vulnerable.

For the NHS, the news comes at a complicated time. With many of the major targets, such as those for cancer care, A&E and ambulances being missed, performance is already suffering. Meanwhile health chiefs are preparing for three days of industrial action taken by junior doctors.

The NHS has been promised an extra £8 billion by the government by 2020. In order to help them get on top of the pressures, leaders of the health service have requested that money to be “front-loaded” so that most of it arrives in the first few years.

The incoming chief executive of the regulatory bodies, Jim Mackey, said the current situation is a challenging one.

According to the Health Foundation’s chief economist, Anita Charlesworth, the figures confirm the “truly dire” state that NHS finances are in.

She went on to say that the spending review next week needs to address the unmatched scale of the challenge.