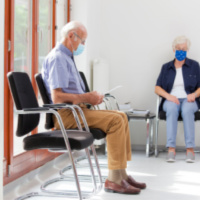 Patients who have been waiting for NHS treatment for longer than two years are set to be offered the option to travel to reduce waiting times.

Patients in England will be able to undergo treatment in hospitals outside of their local area as part of a move to try to tackle backlogs and help patients to get treatment sooner. More than 6,000 patients who have been on waiting lists for more than two years have been contacted about the offer, which covers transport and accommodation costs. Around 400 people have already accepted, including patients from Derby who had treatment in Northumbria and patients who travelled from the South West to London.

Health and social care secretary, Sajid Javid, said that the number of people who have been on waiting lists for over two years has already fallen by over 60% since January due to “innovations” like the travel offer and increased investment in community diagnostic centres. The network of over 90 centres have delivered more than a million tests, scans and checks in the last twelve months. The NHS is also running dedicated surgical hubs and weekend clinics, which are reducing waiting times for patients. Mr Javid added that NHS teams are making “great progress” in tackling backlogs.

News of reduced waiting times is positive, but the leader of the British Medical Association, Dr Chaand Nagpaul, warned that endeavours to clear a “once in a generation backlog of unimaginable proportions” would be hampered by a lack of beds and staff shortages. Dr Nagpaul suggested that there are already 100,000 vacancies in the NHS and indicated that the figure could increase due to low morale and exhaustion.

Dr Nagpaul is expected to speak about the risk of the NHS “haemorrhaging more doctors” at the BMA Conference in Brighton. He claims that many doctors are currently considering taking retirement, changing careers or reducing their hours. There is also a concern that “tens of millions” of people could be waiting for care who “don’t feature in any government statistics.”