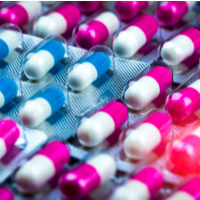 Scientists have discovered a new antibiotic using artificial intelligence. In a world first, a research team based at the Massachusetts Institute of Technology (MIT), has used AI to unveil a new type of antibiotic.
As drug resistance becomes an increasingly worrying problem for medical teams and public health experts, the recent development has been hailed as a ‘major breakthrough,’ which could have a significant impact in the future.
Using a potent algorithm to analyse millions of chemical compounds, the team discovered a new compound capable of destroying 35 different types of harmful bacteria. The number of antibiotic-resistant infections increased by 9% in England between 2017 and 2018.
Regina Barzilay, senior researcher at MIT, confirmed that this was a first “in terms of antibiotic discovery.” The algorithm used was based on the human brain. The research team trained the algorithm to analyse the structure of more than 2,000 drugs in a bid to find those with properties that could destroy E. coli. The team then chose 100 candidates and carried out physical tests, discovering halicin in the process. The new antibiotic has been described as “one of the most powerful antibiotics that has been discovered to date” by MIT bioengineer, James Collins.
The aim for the team was to utilise AI to create a platform that would enable them to bring about a “new age of antibiotic drug discovery.”
Dr Peter Bannister, chair of the Institute of Engineering and Technology’s medical panel, said that the method was already employed in other areas of healthcare, including the development of new therapeutics. The new antibiotic could pave the way for similar breakthroughs using ‘deep learning’ to solve problems facing healthcare teams.
News of the antibiotic comes shortly after an international team of researchers used algorithms to read mammograms, outperforming a group of radiologists.