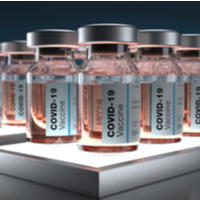 The Medicines and Healthcare products Regulatory Agency (MHRA) has approved Novavax, a vaccine developed in the US. The MHRA suggests that the vaccine is safe for adults and can be used as a first and second dose. Millions of doses of the Novavax vaccine are currently being manufactured in the UK at a plant in Teesside.

The health secretary confirmed that the Novavax vaccine had now been approved for use in the UK by the MHRA and the JCVI (Joint Committee on Vaccination and Immunisation) will now consider how best to use it. The panel of experts will present their findings to the government and an announcement will be made in due course.

The health secretary, Sajid Javid, said that the news was “a testament to the country’s first-rate research and development capabilities for vaccines.”

Novavax representatives indicated that the vaccine could play an important role in targeting patients in the UK who have not yet had a first or second dose. This equates to approximately 12% of over 16s. The next stage will be to apply for approval for under 16s and to submit data linked to a third dose, commonly known as a booster jab.

Clinical trials suggest that the Novavax vaccine, known by its brand name, Nuvaxovid, is 89% effective in preventing symptoms of Covid-19. Initial data related to earlier variants of the virus, but more recent research confirmed that the jab also provided robust protection against the newer, more transmissible Omicron variant.

The Novavax vaccine was developed based on methods that have been used for decades to immunise against infections, such as shingles and hepatitis. The jab delivers copies of the spike protein, which is found on the surface of the virus, directly into the cells triggering an immune system response.

This vaccine also contains an adjuvant, which boosts the response to provide additional protection. The jab is easier to store than some of the others currently in use, which makes distribution and storage simpler.

Posted in coronavirus, Vaccines | No Comments »