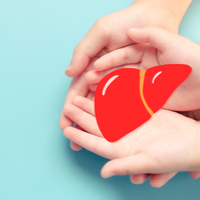 Health officials in the UK have confirmed more cases of hepatitis in children.

Investigations have uncovered a further 34 cases of the disease, which affects the liver, since April 25th. The new confirmed cases take the total number to 145 since January. The total covers cases in England (108), Scotland (17), Wales (11) and Northern Ireland (9). Ten of the children affected had undergone a liver transplant.

Scientists are not sure what has caused the surge in cases of hepatitis, but researchers believe that there may be a link with adenovirus infection. This virus causes sickness and diarrhoea, as well as cold-like symptoms. Most recent cases in the UK have been confirmed in under 5s who have presented with vomiting and diarrhoea, which has been followed by jaundice. Jaundice causes the skin and the whites of the eyes to become yellow and is a sign that the liver is under increased pressure.

The increase in cases of hepatitis in children has led to confusion among health professionals, and the cause is under investigation. The pattern is not consistent with adenovirus illness and this means that researchers are keen to explore other avenues and look at other possible factors, including previous infections, including Covid-19 and external influences, such as environmental risk factors.

There is also a possibility that the lockdown has delayed exposure to adenovirus in children, which may contribute to an exaggerated immune response.

Dr Meera Chand, from the UK Health Security Agency, said that it is understandable for parents to be worried about the sudden rise in cases of hepatitis among children, but stressed that the risk of developing the condition, which causes the liver to become inflamed, remains very low. Health experts are encouraging parents to be aware of the symptoms, especially jaundice, and to seek advice if they have any concerns.

Posted in Children's Health | No Comments »