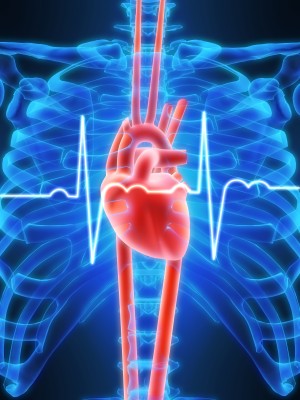 According to the British Heart Foundation, there is a new blood test that could help to diagnose people with inherited heart conditions.

Researchers who were funded by the charity discovered that by observing a particular group of genes, they could reliably identify underlying heart problems.

The new test follows the death of Sir David Frost’s 31-year-old son Miles, who died unexpectedly last year from a condition believed to be inherited from his father. He was suffering from an undiagnosed condition of the heart known as hypertrophic cardiomyopathy.

The family hopes to raise £1.5 million to ensure the availability of genetic testing in the UK. This kind of testing can detect who is carrying a faulty gene and then steps can be taken to lower the risk of sudden death. These steps include lifestyle changes, surgery or medication.

In the past, genetic testing examined a small number of genes and was only able to detect particular conditions. This led to an increase in costs and longer diagnosis times, creating a major barrier to rolling the tests out across the NHS.

However, MCR Clinical Sciences Centre and Imperial College London researchers suggest the new test, which studies 174 genes, is more reliable and faster. This test has been rolled out at London’s Royal Brompton and Harefield NHS Foundation Trust, where approximately 40 patients are being successfully tested every month.

Consultant cardiologist Dr James Ware said that without genetic testing, whole families have to be kept under regular surveillance for a number of years and this proves costly for both the health system and the family in question. He compared this to when a genetic test identifies the precise abnormality that causes the condition in one family member and described how it then becomes easy to test other members. He finished by saying that family members who don’t carry the faulty gene can be spared numerous hospital appointments.

There are various types of inherited heart condition and they are thought to affect more than 500,000 people in Britain. Some conditions are life-threatening and can affect people of any age. The first stage for many is when a family member dies suddenly with no apparent explanation.