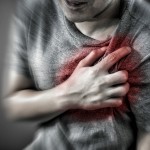 A new study suggests that you may have a slightly higher risk of having a heart attack if you have a non-O blood type. Scientists in the Netherlands believe that people who have A, B or AB blood types have a greater likelihood to have a heart attack than those who have blood type O.

Findings from the study, which were presented at the European Society of Cardiology congress, were collated using data from 1.3 million people. Researchers discovered that 14 in 100,000 people with blood group O suffered a heart attack compared to 15 in 100,000 people with non-O blood types. Scientists stressed that although the difference appears to be small, when applied to total population numbers, the gap is much more significant.

Researchers claim that the findings could be useful for doctors trying to determine more about a patient’s risk of experiencing a heart attack; however, the British Heart Foundation suggested that it was much more important to focus on trying to encourage people to avoid major risk factors, such as drinking alcohol, living a sedentary lifestyle, being overweight and smoking.

Tessa Kole, study author, suggested that more research was required to determine causative links between a higher risk in patients and their blood type. She claimed that more research on individual blood types and associated risk factors may prove beneficial in the future and encouraged doctors to consider blood type along with age, gender, cholesterol and blood pressure when analysing a patient’s risk of developing heart disease.