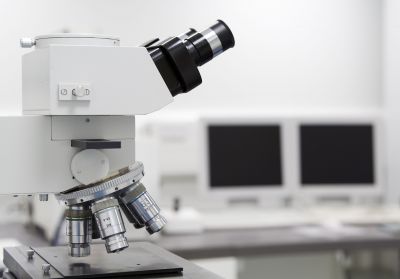 Researchers in California hatched some malaria-resistant mosquitoes and used ground-breaking technology to make sure they pass on the protective gene when they reproduce.

The experiment involves what’s known as a “gene drive” which hopefully promises to change the genetics of populations in insects, certain plants and certain animals faster than it would happen naturally.

Genes normally have a 50/50 chance of being inherited. Researchers from the University of California created a strain of mosquitoes that could pass a gene engineered to block malaria to about 99% of their offspring.

These mosquitoes were kept in a secured lab and highlight the promise of this technology. They also pose questions about how and when it could be safe to try it in the wild.

Kevin Esvelt is a biologist at Harvard Wyss Institute for Biologically Inspired Engineering. Although a gene drive researcher, he wasn’t involved in this newest study but said it is a major advance as it shows that gene drive interventions are likely to be effective in mosquito disease vectors.

However, as nobody really knows how such rapid change in genetics could impact habitats, Esvelt has encouraged the public to weigh in. The study published online in Proceedings of the National Academy of Sciences also adds urgency.

Esvelt said the work suggests they are close to actual gene drive candidates eventually being released in nature.

Every year, more than half a million people are killed my malaria (mostly children in Africa) and about 200 million more are sickened with the disease. Mosquitoes pick up the parasite by biting a person who is infected and spread it when they bite another person. The main protection methods are bed nets and mosquito-exterminating insecticides.

Molecular biologist Anthony James is developing what he refers to as sustainable technologies at the University of California-Irvine. This means rather than exterminating mosquitoes, just rendering them unable to infect humans.

James engineered immune system genes that have the potential to prompt a mosquito’s body to develop antibodies that attack the parasite so it can’t transmit malaria. The new genes did work to the correct intention when injected into Anopheles stephensi eggs – this particular breed of mosquito is known for spreading malaria.

Altered mosquitoes would need to gradually spread their new genes by mating with wild populations of mosquito. The next challenge is how to accelerate that process quickly enough to affect malaria in any chosen region.

Gene drives is a technique that proponents hope one day might be used to suppress insect populations, reverse pesticide resistance in weeds or wipe out invasive species. The idea originates from several examples in nature where particular genes spread disproportionately. Scientists have looked for ways to control that process and recently have had some success through the use of a powerful tool called CRISPR-Cas9 that enables precise DNA editing in live cells, similar to cutting and pasting on the computer.

Earlier in the year, Valentino Gantz and Ethan Bier, biologists at the University of California San Diego announced a CRISPR-based gene drive that would work on fruit flies.

For the study on Monday, the researchers from San Diego teamed up with James to pack the malaria-resistance genes with the CRISPR-fuelled gene drive. This would boost chances of inheriting the malaria protection by targeting the change to a particular spot in the reproductive DNA. They tacked on a fluorescence gene to measure this, so the mosquitoes’ eyes would look red if they were carrying the new gene.

The malaria protection spread extremely well, thus proving the concept. However, James said much more work is necessary before this kind of mosquito can be released into the wild. Several of the findings need to be addressed, including the fact the transgenic male mosquitoes passed the new train to the next generation more effectively than the females did.

There is controversy surrounding gene drive experiments. One concern is the potentiality of altered organisms escaping from the laboratory before scientists know how they should be used. The team in California took safeguards, including the use of a mosquito species that can’t survive the Californian climate and special lab security.

Additional questions include what is and isn’t appropriate to try. For example, wiping out a species or altering it, as well as how to approach this kind of research in countries of low income.

The National Academy of Sciences is currently studying ethical issues regarding gene drive research and the team in California say that countries struggling with mosquito-borne diseases should be involved.