Brisk Walking Can Increase Your Lifespan-5932 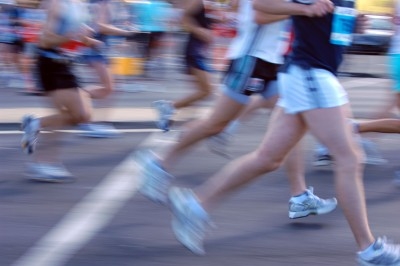 According to health experts, a brisk 25 minute walk every day can add up to 7 years to your life. At the European Society of Cardiology congress, researchers claimed that exercising regularly could increase the average lifespan and reduce ageing.

Sanjay Sharma from St. George’s University Hospitals NHS Foundation Trust in South London said that moderate exercise reduced the risk of dying of a heart attack by 50% for the average person in their 50s or 60s.

He said the study suggests that when people exercise regularly, it may delay the ageing process and that exercise can add between three and seven additional years to your life. Exercise is an anti-depressant, improves cognitive function and there is now evidence to suggest it can slow down the onset of dementia.

Professor Sharma also said that exercise is beneficial regardless of a person’s age or condition. He recommends that everyone should walk for at least 20 minutes per day. He suggests walking 20 minute distances rather than taking the bus. He says people with a heart condition shouldn’t run, but walk to a point where they can still speak, but are unable to sing. Following these directions is important considering today’s predominantly sedentary lifestyles.

The research was conducted at Saarland University in Germany. The team introduced a group of healthy non-smokers who didn’t exercise regularly to a staged exercise programme.

The results showed that strength training, high intensity interval training and aerobic exercise all had a positive effect on signs of ageing. High intensity exercise and endurance exercise might be more efficient than only lifting weights, as they increase telomerase activity further. This helps to repair DNA as it ages.

The study revealed that doctors could show that regular exercise triggered the anti-ageing process by measuring the effect of telomerase activity and senescence marker p16 over a period of six months.

Even those who started exercising at the age of 70 proved to be less likely to develop atrial fibrillation, a disturbance in rhythm that affects around 10% of people aged over 80.

Professor Christi Deaton from the University Of Cambridge School Of Clinical Medicine said the study brings more understanding about the cellular ageing process and the effects exercise can have on the cellular level.

She said the more active you are, no matter when you start, the more beneficial it will be.