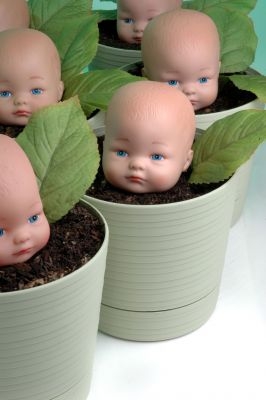 The Papacy is no stranger to courting controversy, and it appears that Pope Benedict XVI has continued that tradition by effectively condemning IVF and all other forms of ‘artificial procreation.’

The comments came at the end of a Vatican conference that discussed infertility – its diagnosis and treatment. The Pope believes that children should only be born as a result of natural conception.

However, infertility is a massive and growing problem nowadays with many couples struggling to have children. The reasons are as complex as the numbers who are infertile.

Yet, despite this, Pope Benedict feels scientific intervention should be shunned. He told reporters: “The human and Christian dignity of procreation, in fact, doesn’t consist in a ‘product,’ but in its link to the conjugal act, an expression of the love of the spouses of their union, not only biological but also spiritual.”

He added: “The fascination of the technology of artificial fertility, easy income, or even worse, the arrogance of taking the place of the Creator [is wrong].”

Interestingly though, Italy is one country, despite its Roman Catholic heritage, that is more likely to help older women seeking IVF treatment than say the UK, where IVF and other treatments are strictly regulated. This is contrary to the Roman Catholic Church’s own ban on infertility therapy.

Unfortunately, this ban also runs into conflict with manycouples, a lot of whom are Roman Catholics, and who are at the same time seeking help for a problem not of their making. Many Roman Catholics these days say the Pope should not interfere with people’s right to choose.

No doubt this will be another issue that will run and run. In the end though, as science develops even better techniques religion may itself will fall out of favour in the drive to have a baby.