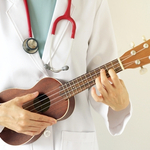 Researchers in the US have suggested that listening to music can be as calming as taking medication before surgery.

A team based at the University of Pennsylvania found that listening to a song, known as the ‘most relaxing song in the world’ had a similar impact to sedatives before an operation. Researchers trialled the song and sedative medication on a group of 157 patients who were preparing for surgery. The song was written to reduce anxiety levels, lower blood pressure and heart rate and promote relaxation.

The team found that the song performed as well as a sedative, but many of the participants said that they would have preferred to choose their own playlist. Doctors also said that the use of noise-cancelling headphones made it more difficult to communicate with patients.

The findings of the study have been published in the BMJ Journal and the research team is now looking to build on the success of the trial. The scientists now want to analyse the impact of different types of music and evaluate whether different songs have the same influence.

During the trial, the team participants were either provided with a sedative (midazolam) or given headphones and played the song ‘Weightless’ by UK band, Marconi Union. Patients were also given an anaesthetic. The results showed that the song and the sedative achieved the same outcome.

Reducing anxiety before surgery is important, not only because feeling scared and worried is unpleasant for patients, but also because anxiety can hinder recovery.

Medications that are used to lower anxiety levels can be expensive and they can also produce side-effects, while music therapy is cheap and has no risks.

Associate professor of anaesthesiology and critical care at the University of Pennsylvania’s Perelman School of Medicine, Dr Veena Graff, explained that “music lights up the emotional area of the brain, the reward system and the pleasure pathways.” This enables patients to feel comfortable, to maintain control and to feel like they’re in their own little world.