Is Cosmetic Surgery The Way To A Girls Scientific Heart?-6707 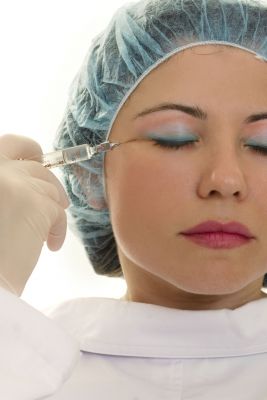 With fewer girls each year opting to take up science at A level, psychologists are now wondering if plastic surgery and online clothes ordering could be the way to interest them.

It seems that subjects such as IT and physics are more interesting to girls, if they are taught with a female slant. However science has become less appealing despite the fact that girls do as well of not better than boys at science and maths during their earlier years at school.

A study involving 134 and 160 girls aged 14 asked them to imagine going to a new school and deciding what topics they would like to study; for instance learning to use a laser in cosmetic surgery and learning to write computer software. The students were also asked to use a rating system based on interest. Some topics were deemed feminine, while others masculine. The students weren’t told which was which.

The findings startled researchers who said that topics and subjects such as IT and maths were found to interest girls provided they are presented in a way they could relate to.

Ironically, the opposite was true for boys, except for Biology where there was no difference between the sexes in how the subject was presented.

Speaking with reporters, Dr Sylvie Kerger, of the University of Luxembourg, said: ‘There was clear evidence that applying female friendly topics increased girls’ interest in these scientific disciplines. However, boys showed a decreased level of interest when topics were presented in this way.

‘Girls were more interested in social and real contexts such as decline of forests whereas boys clearly found mechanics and technology more compelling.’

“Imagine a girl whose interest does not match that of other girls and a boy who is more interested in female topics than in male topics.

“So the solution might not be the division of students into gender-specific groups, but something that takes into account the individual differences among students.

“Perhaps teachers and or schools could offer science modules or groups dealing with the same concepts but presenting them in the context of different topics.