Are Patients Put Off By Doctor’s Receptionists?-7360 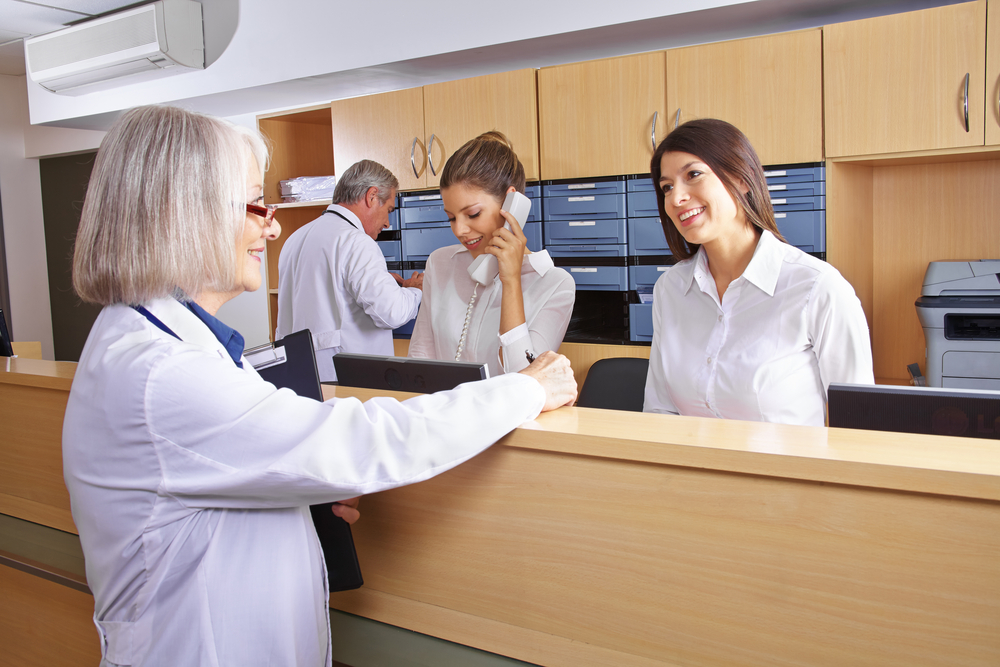 A new survey has suggested that patients are put off seeing their doctor by medical receptionists.

Research conducted by Cancer Research UK shows that many people who call up to make an appointment are put off coming in to see their GP by receptionists. Some are worried that they’re making “a fuss”, while others don’t feel comfortable talking about their symptoms over the phone in order to get an appointment with the doctor. The survey involved nearly 2,000 adults and almost 40 percent said that they disliked having to discuss their illness over the phone with the reception staff.

One of the most important roles of receptionists at GP surgeries is to determine who needs appointments. Many are praised for the job they do, but the survey suggests that some can be off-putting for patients. The survey revealed that speaking to receptionists about their illness was the third most common barrier to seeing a GP cited by survey participants (39.5 percent). Top of the list was trouble getting an appointment with the desired doctor (41.8 percent) and second was struggling to get an appointment at a suitable time of day.

Health experts have urged patients to be bullish when it comes to getting appointments. Patients should exercise their rights to see a doctor if they feel like they may have serious symptoms and they shouldn’t be afraid to be persistent and  “more forceful.”

The government has also pledged to invest money in training receptionists to ensure that they are “more sensitive” to patients.

The findings of the survey have been published in the Journal of Public Health and show that many people are worried about being marked as people who make an unnecessary fuss.

Dr Jodie Moffatt, lead researcher, said that patients need to be strong-willed when it comes to making appointments and urged them to “take the bull by the horns.”