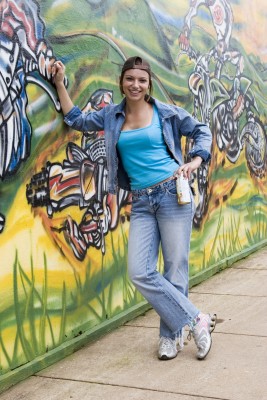 In many media outlets, there are some images which are produced to cause an immediate reaction. Some might even offend which can cause outrage by many.

After trying to put up an explicit anti-abortion display at Carleton University, five Ontario university students did exactly that. Attempts were made to put juxtaposed images of bloody fetuses against images of the Holocaust and the Rwandan genocide on one of the busiest spots on campus, Tory Quad, but were stopped by Ottawa police who took the students away and charged them with trespassing. They had been designated a more sequestered spot but the students said they were being censored and decided to carry on with their original plan.

One of the students who was arrested, Ruth Lobo, explained “[t]he rhetoric has become so convoluted that most people don’t know what we’re talking about…You can’t argue with an image of abortion.”

The event raises several serious issues about, as instruments for protest and change in society, the use of horror and disturbing images.

Mark Tawse-Smith, a veteran of the advertising world in Toronto, said “[s]ome groups believe their most powerful tool available to them is ‘shock and awe’…The more a group feels they are not being heard, the more they may feel they need to get noticed.”

Ethicist Margaret Somerville, from McGill University in Montreal, follows on from Tawse-Smith’s point. “I don’t think it’s inherently wrong to advocate against abortion. But do you do more good than harm with this tactic?”

Stephanie Gray, an anti-abortion activist who is part of the Genocide Awareness Project and whose web site features several images of aborted fetuses, said “[w]e would argue that abortion is happening precisely because it is hidden behind clinic doors, hospital doors and fancy rhetoric like choice…The only way we can achieve the change as a pro-life movement is to expose the injustice.”

President of the U.S. National Catholic Bioethics Centre, John Haas, said using “graphic images raises serious moral issues that no amount of revulsion to abortion can justify”. He argued that these types of images tend to desensitise people to “the horror of what’s going on. It tends to become commonplace and not really have the shock value you want…Even if it’s a noble end; you’re using their mortal remains that need to be respected and buried and prayed over.”

But what if this display in Carleton was never taken down? Would the result of this type of campaign have such an impact?

Tony Kerr, advertising program chair at the Ontario College of Art and Design in Toronto, said that “[t]he display of graphic photos is likely not going to do anything of any lasting value…The students have chosen a low road…but does all this awareness save anyone?”