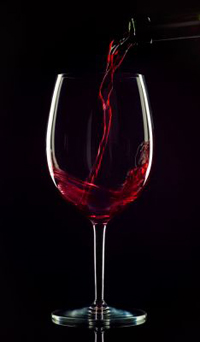 New research suggests that a fifth of older people are drinking too much alcohol.

Researchers who analysed data in London found that 1 in 5 people aged over 65 years old drinks more than the recommended daily amount. The analysis showed that affluent men tended to be the heaviest drinkers.

National guidelines currently recommend a maximum daily intake of 2-3 units for women and 3-4 units for men and a weekly maximum of 14 units for females and 21 units for males.

The report claims that excessive drinking increases the risk of accidents, especially slips, trips and falls, in older people, as well as contributing to confusion and poor judgement.

In order to compile the report, researchers from King’s College London analysed data from 27,991 people aged over 65 years old living in London. The findings revealed that 21 percent of those drank more than the recommended amount. The findings have been published in the BMJ Open.

Of the total number of participants, less than half were male, but men accounted for 60 percent of drinkers and 65 percent of drinkers who were classed as ‘unsafe’. In the highest consumption category, which accounted for 5 percent of participants, men were taking in up to 49 units per week and women more than 22. The study also showed that consumption was greater in white British and Irish people than other ethnicities.

Dr Mark Ashworth, a GP and primary care researcher, said that it was important to take note that consumption is greater in older people than in the general population and urged GPs to be aware of the issue. Experts believe that many GPs don’t factor in alcohol consumption when it comes to assessing older people and there is a concern that alcohol misuse facilities are not geared towards older people.

Prof Mark Bellis, from the Faculty of Public Health, suggested that alcohol should carry health warnings. Many people assume that having a few drinks every night doesn’t do any harm, but consuming too much alcohol can have serious implications. Alcohol is a risk factor for high blood pressure, heart disease, strokes and some forms of cancer.