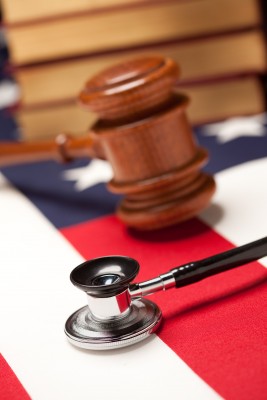 A Pennsylvanian family was recently awarded $21.6 million in a malpractice trial against a local hospital.

The hospital was blamed for not giving the mother proper due care during the birth of her son born 4 years ago. The child now suffers from cerebral palsy and other problems, which were judged as occurring as a direct consequence of a lack of proper medical attention. A twin girl however suffered no medical problems.

According to lawyers acting on behalf of the family, the boy’s heart rate was not monitored properly during labour. When complications arose the boy had to be delivered by Caesarean section, but suffered from a severe lack of oxygen causing lasting injury. This includes the inability to speak and the need to use a feeding tube.

The defence countered the plaintiff’s arguments by suggesting the injuries to the boy were the result of the mother’s weight. They argued that because the mother was obese this prevented proper monitoring being carried out.

While the court agreed that the mother was obese it rejected this as the reason for the child’s subsequent medical problems.

The $21.6 million will be paid to the family in annual instalments till 2081. The money is to be provided for future costs of care.