Do It Yourself Surgery To Conceal Identity-6972 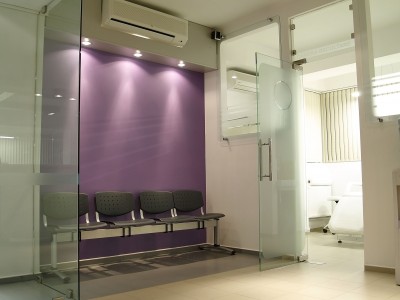 A Japanese man who is currently in prison, awaiting trial for murder, decided to carry out plastic surgery on himself in order to try and conceal his identity. The disclosures were written in a book by suspect, Tatsuya Ichihashi while in prison.

Among his do it yourself attempts at cosmetic surgery was the removal of two moles on the side of his face. This was his main distinguishing mark.

However he didn’t stop there it seems. Tatsuya Ichihashi decided to try and conceal his identity permanently by removing his lower lip and carrying out a nose job.

Ironically, it was also cosmetic surgery that got him arrested. It seems he spent a large amount of money having work done on his nose by professional surgeons. The staff at the clinic however became suspicious, which led to him being caught; they found traces of the scar of the moles on his cheeks.

It might seem rather strange behaviour for a person to go to such extremes as trying to carrying out plastic surgery on himself or herself. But it is something that is on the rise. The major reason is thought to be an obsession with celebrity culture leading people to become depressed at the way they look.

Consequently, many people try to do it themselves because the cost is prohibitive.

In one case, reckoned to be the worst on record was that of a man who tried to do a nose job, using a chisel. Others have apparently tried DIY tummy tucks.

Speaking at a conference in Bristol, a consultant psychiatrist Dr. Veale said: “[DIY cosmetic surgery was used by the] most depressed and most desperate people [but had increased in the past few years].”

He added: “I have had women who have drawn what they think they look like and you wouldn’t believe how wrong they really are. The people who have lots of money can afford plastic surgery and then, as a result, are putting more of a focus on looks and outer beauty.”

Delegates at the psychiatric conference recommended that cosmetic surgeons should work more closely with psychologists and psychiatrists before carrying out any operations.