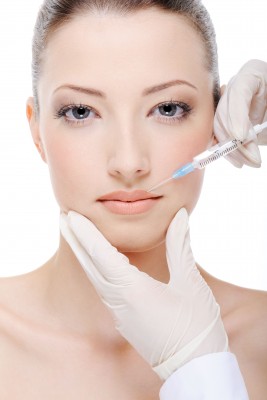 Sarah Harding, one of the members of the popular Girls Aloud pop group recently admitted having had lip fillers. However she now regrets the decision. She does however deny having had any Botox treatment.

Speaking with reporters from Fabulous magazine Sarah Harding said: “It’s not something I’m going to be trying again, or anything I would recommend to anyone else.

“But, yeah, around Christmas I got a little bit experimental and decided to have some filler in my lips. Clearly that was a mistake.’

She added: “I was silly. It was a very silly thing to do.”

Unfortunately for Sarah, she admitted having a bad reaction to the treatment. This made her lips look unnaturally large, something similar to what happened to actress Lesley Ash a few years ago.

Sarah said: “Thankfully they have gone back down now.”

Like many women of her age, Sarah who is now approaching her 30s, decided to try and stem the aging process. Growing older these days is seen as something to fear, particularly among women. But it is also something becoming a growing phenomenon amongst some men.

She told reporters: “It was a case of approaching my 30s and not feeling confident about that. It was something that was on my mind a lot.”

Although Sarah says she has never had Botox treatment, the music star is not averse to cosmetic surgery per se as she had a nose job to reconstruct her nose after breaking it. This was carried out prior to forming Girls Aloud.

But when asked how she kept her forehead wrinkle free, she told reporters she used non-surgical facelifts including having micro-dermabrasion sessions plus collagen wave facials.