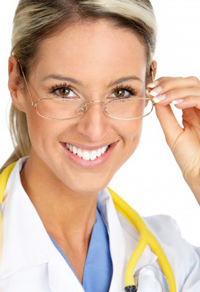 Walk past a break room in a cosmetic surgery clinic in the near future and you’re likely to hear a volley of child-like insults. There’s no need to be alarmed, however, as there is an explanation, albeit a strange, slightly humorous one.

Cosmetic surgeons have become linguists and have developed a lexicon of slang terms for wrinkles and collections of fat found on people’s bodies.

Crow’s feet and lines around the eyes associated with squinting and staring at computer screens have been replaced by the slapstick moniker of “computer face”.

Have years of puffing away on cigarettes left you with unsightly lines around your mouth? Cosmetic surgeons have dubbed them “smoker’s lines”. Those horrible vertical lines between your eyebrows have also been given their time to shine with a nametag bearing the word “elevens”.

It doesn’t end there, however. Pooling of fat beneath the buttocks is now referred to as a “banana roll” and deep creases that seem to look like parentheses around your mouth have been nicknamed “Marionette lines”.

None of these words are considered legitimate medical terminology, thankfully, but that hasn’t stopped cosmetic surgeons from using them. In fact, new slang terms are constantly being invented to describe every fault and wrinkle.

The real test of these monikers, however, is working out if they are beneficial or can function simply as inside jokes within the nip/tuck industry.

According to Catherine Maley, president of a company that creates marketing strategies for cosmetic physicians, the cutesy epithets can “take away the mystique of the procedure being too technical, surgical and serious” and surgeons should use the terms if they will make their patients feel at ease.