Can baldness be reversed?-0750 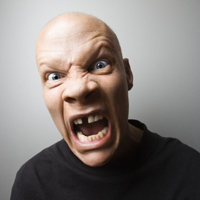 If recent research involving stem is true cells the answer is a hopeful yes.

Baldness affects both men and women, but men are generally the major sufferers with male pattern baldness being the main cause.

The mice were injected with stem cells with hair growth becoming apparent within 2 weeks. Whether the same can occur in humans though is a different matter.

Stem cell research is a growing research field in many medical areas. As such, it is not surprising that stem cell investigations should be carried out on hair follicles. The latter are well known to stimulate hair growth. Interestingly, even though on first glance it would appear that bald people would be completely free of any hair, follicles are in fact present. This is great news for those who would like the opportunity to regrow their hair.

However the problem up to now is follicles don’t regrow hair naturally because they have lost the ability to receive the signal telling them to do so. Also hair loss apparently reduces the number of fat cells within the scalp.

One of the authors of the report detailing this latest research, Valerie Horsley told reporters: “If we can get these fat cells in the skin to talk to the dormant stem cells at the base of the hair follicles, we might be able to get hair to grow again.”

Hopefully, this will eventually come true.