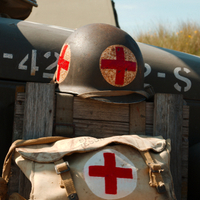 Members of the Armed Forces have been called upon to provide backup for ambulance workers, as the UK fights the coronavirus pandemic.
Military personnel have already been heavily involved in the distribution of PPE and medical supplies, including oxygen and ventilators, and the construction of the new Nightingale Hospitals in London and Birmingham. Now, members will be working to support paramedics and ambulance staff, taking on a range of tasks, including driving ambulances and answering calls.
As part of an initiative to bolster the ambulance service, members of the Royal Navy, the Royal Air Force and the British Army will be joining forces to support five NHS ambulance trusts. These include the South Central Ambulance Service, where 80 members of staff will assume responsibilities including handling calls from members of the public and driving emergency response vehicles. In London, personnel with medical training will assist with transporting patients to intensive care units, with Army engineers on hand to maintain suction in ambulances.
In Wales, a group of 60 soldiers has been trained to support paramedics with non-clinical jobs, and in Scotland, the RAF is already working to take critically ill patients to hospital using its fleet of Puma helicopters.
Ben Wallace, Defence Secretary, said that the military was always ready to step in to assist when the country is under threat, and across the UK, members of all forces are working tirelessly to support NHS frontline workers who are devoting every ounce of energy to saving lives.
The military was instrumental in the rapid development of London’s Nightingale Hospital, which is now operational and offers capacity for up to 4,000 patients if required, and the Nightingale Hospital based at Birmingham’s NEC. The same expert team is now involved in planning further urgent care sites in Manchester, Bristol and Harrogate.