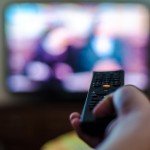 A new study suggests that children who have a TV in their bedrooms have a greater chance of being overweight than those who don’t have a monitor in their rooms. Researchers from University College London discovered that girls, in particular, are more likely to have a high BMI if they have a television in their bedroom.

Experts suggest that the longer children spend watching the television, the higher the chances of them being overweight. In light of the findings of the study, researchers have now called for further research into the correlation between obesity in children and the use of laptops, tablets and mobile phones.

Dr Anja Heilmann, from the research team at UCL, explained that the study suggests a clear link between obesity risk and exposure to television. The reasons are unclear, but experts believe that children who watch TV in their bedrooms are more likely to snack and graze, live a more sedentary lifestyle and get less sleep than those who don’t watch TV in their rooms.