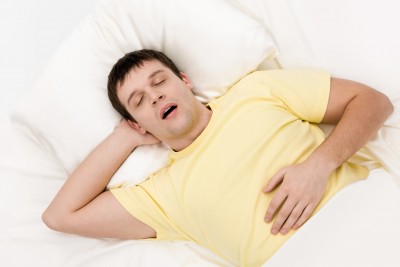 According to studies published in the Annals of Internal Medicine, lack of sleep may be to blame for unsuccessful weight loss.  Ten overweight men and women aged 35 to 49 were observed sleeping in a laboratory for two separate fortnight periods, with participants recording 5.5 nightly hours in a single trial, then 8.5 nightly hours in another.  Whilst their loss in weight was the same in each trial, researchers found that by having less hours of sleep the participants did not lose     fat, but muscle.  However, having 8.5 hours of sleep a night was closely linked with losing mainly fat.

When deprived of sleep participants were found to have increased levels of the ghrelin hormone, which is responsible for triggering hunger as well as promoting fat retention.   “The bottom line is that if people are trying to diet and lose weight for health reasons, it makes sense to get a sufficient amount of sleep,” study author Plamen Penev told The New York Times.  “If they’re not getting enough sleep as they diet, they may have higher levels of hunger and be struggling to adhere to the regimen.”

Whilst it is impossible to ensure you get the right amount of sleep each night, fortunately there are tips to help improve energy levels and be less sleepy.

The general rule to making sure you get a good night’s sleep is to have at least 7 or 8 hours of shut-eye a night, but with many people changing their plans on a daily basis it is more likely that you can only fit in maybe five or six hours per evening.  As a result, hours lost may lead to a huge sleep debt toward the week’s end; which is why a great proportion of us are exhausted by Friday, reports U.S. News’s Deborah Kotz.  But on a positive note, research showed that by having lie-ins after a couple of days days of lost sleep can assist in repaying that debt – eliminating any feeling of disorientation and general fatigue; according to a study published in August in the journal Sleep.  Chief of the department of sleep and chronobiology at the University of Pennsylvania School of Medicine as well as study coauthor David Dinges says: “The brain has a built-in reflex that helps you sleep deeper and longer when you’re sleep deprived.  This recovery sleep seems to have a genuine benefit to restoring alertness.”

Although six hours of sleep a night may seem manageable for some, this only applies to a small minority – with many needing 7 or 8 hours of sleep to feel completely themselves the next day.  Dinge says: “If you fall asleep watching TV or struggle to stay awake in a meeting, you’re sleep deprived.”  Not only do you suffer from fatigue but certain brain functions such as alertness, reaction time, memory and cognitive speed will also reduce.  He adds: “Some of us are so used to not getting enough sleep that we’ve forgotten what it feels like to be fully alert.”

Just how many hours of recovery sleep you will need comes down to how many hours of sleep you’ve lost.  As part of the study, participants were denied approximately 3 hours of sleep a night for 5 nights running before finally being permitted up to 10 hours sleep.  The volunteers allowed to sleep for 10 hours felt near enough normal the next day, but Dinges says that had they managed an afternoon nap or a second night of recovery sleep, their energy levels would have been restored.  The study also showed that by having the recommended eight hours of sleep after cutting back all week would not be enough to repay the debt; with participants still feeling extremely tired the next day even after sleeping for that advised amount.