Can Baldness Kill You? The Link Between Hair Loss and Prostate Cancer-4055 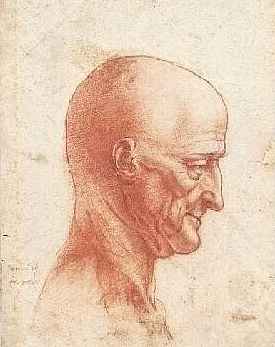 Prostate cancer is the third most common type of cancer in the UK and the most common cancer in men. Despite the ongoing efforts of the Movember movement to raise awareness during November, many men still don’t understand their personal risk. Now a study has shown, that men with a certain pattern of balding have an increased risk of developing prostate cancer. What are the risk factors and what do these recent findings mean?

Prostate cancer – what are the risk factors?

As with most other types of cancer, there are certain factors which indicate your risk of prostate cancer. In some men, the condition is more likely because they are genetically predisposed to develop it. This is often the case if there is a family history of cancer, for example because your parents or other family members suffer from it. Age is also an important factor – the large majority of cases is diagnosed in patients over the age of 50. Prostate cancer is also more likely to affect men of particular ethnicities. It is estimated that one in four black men will suffer from it at some point in their lives. Men of Asian descent, however, have a lower risk.

Which type of male balding indicates an increased risk?

While male hair loss has so far mainly been regarded as a cosmetic issue (if any problem at all), it has now been linked with cancer. A recent study discovered that there is a link between the way a man loses his hair and the likelihood of developing prostate cancer later in life. During the study, men were asked to describe their pattern of balding at the age of 45 using a diagram showing different patterns. The average age of the respondents was 70. The scientists subsequently followed up with the participants of the study to find out whether they were diagnosed with prostate cancer later on.

The results of the study showed that frontal baldness in combination with moderate baldness of the vertex (also known as the crown) at age 45 is linked with a higher risk of prostate cancer. During the study, respondents who reported having had this balding pattern at the age of 45 were 39% were more likely to report a prostate cancer diagnosis later in life. Researchers found no increased risk for men who reported any other balding pattern.

Hair loss and prostate cancer both seem to have a factor in common; changes in levels of testosterone. For a portion of men, hair follicles are sensitive to testosterone, which makes them shrink and this leads to hair loss. At the same time, prostate cancer and testosterone also seem to be correlated. However, the exact causality (if any) between hair loss and cancer is yet to be determined.

What does this mean for cancer prevention?

In the future, men’s balding patterns may become a determining factor when it comes to recommending prostate cancer screening. For now, however, further research is needed to confirm the findings and understand how hair loss and prostate cancer are linked. There’s no need for you to visit your GP just because you remember having had the high risk balding pattern at 45. If you believe that you at a high risk due to your family history or because you are experiencing symptoms, however, you should speak to your GP. You can find out more about prostate cancer screening on the Cancer Research Website.