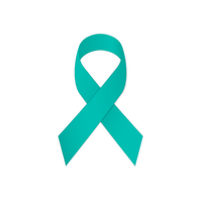 Under a new pilot scheme, which is due to launch in parts of North and East London in the autumn, women will be able to carry out tests for the HPV (human papilloma virus) at home. HPV is linked to around 99% of cases of cervical cancer.

The initiative has been introduced to try and increase screening rates, as statistics show that cervical cancer screening has reached a 20-year low. Many women are afraid to go for a smear test because they find the idea of the procedure embarrassing or daunting, and it is thought that self-testing at home could prove both popular and effective.

The organisers of the pilot scheme are hoping to reach out to 22,000 women, with self-sampling kits available from September. To boost screening rates, the NHS has also launched a new TV and radio advert, which is designed to encourage women to book in for their screening test and to try and portray the message that there’s nothing to worry or be embarrassed about.

The pilot will initially cover parts of London because the city has lower than average screening rates.

Chief executive of Jo’s Cervical Cancer Trust, Robert Music, said that he was “delighted” to hear about the new pilot programme. The trust has been campaigning for something similar for several years, and Mr Music believes it could be a ‘game-changer’ for generations of women. As well as being a more appealing option for women who are scared of going for a smear test, the self-testing kit will also benefit people who struggle to get out and about, as well as those who suffer from anxiety related to past experiences or even a history of abuse or sexual violence.

The pilot has been developed by King’s College London in partnership with the University College London Hospitals Cancer Collaborative, which has been established by the NHS with a view to improving results for cancer diagnosis and treatment.