Does Psychology Lie Behind Alopecia-2381 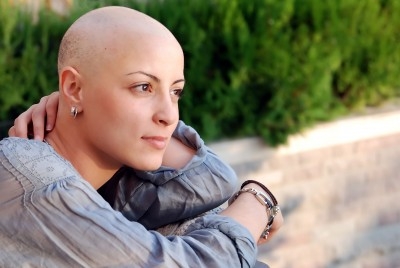 A little while ago, well known Television presenter Gail Porter announced that she had lost much of her hair again from alopecia.

At the time she strangely sported a Mohican style haircut resulting from hair loss. She tweeted: “I’m thinking that shaving is the best option. Can’t bear the thought of another morning with a pillow full of hair. Shall I YouTube it?”

Gail Porter has suffered from severe alopecia – alopecia universalis – for the past 6 years, but she isn’t alone. It is more common than many people think. Unfortunately, no one really knows why it occurs.

That could change however if research carried out by a scientist is shown to be true.

Dr Nigel Hunt, who is Associate Professor of Health Psychology at Nottingham University, has been researching the problem of alopecia remission for years.

Referring to Gail Porter Dr. Hunt told reporters: “She is quite unusual to have lost all her hair and for it to come back again, albeit in patches. However, if you have this form of alopecia, it is common for it to keep coming and going.”

He added: “There is a relationship between stress and alopecia. [Olympic swimmer] Duncan Goodhew, for example, traces his alopecia back to a childhood incident, when he fell out of a tree and banged his head.”

Dr. Hunt’s interest in the relationship between psychology and hair loss results from his own experience of alopecia. Nigel lost his hair when he was 27, following the sudden death of a close friend in a car accident.

He said: “I noticed my hair falling out in the bath. Mine was diffusive [all-over] hair loss, and within a few months it had gone. Mine did not grow back and it is universalis.”

Dr. Hunt strongly believes that hyper stress is a fundamental reason for hair loss. He points to a rapid rise in alopecia in troops involved in the D-Day landing in 1944.

Hair loss can cause other psychological problems. “Not only does it make you look such a different person with no eyebrows or lashes – the eyelids turn in to protect the eye, so you have a constant sense of eyes being sore and tired. You have no protection from hair – nasal hair from particles of dust for example”, Dr. Hunt said.

Nigel Hunt believes that stress causes the autoimmune system to have a reaction, which in turn affects hair follicles, which simply shut down. “…But we don’t yet know exactly how or why this happens …,” he said.