Herpes Medication Can Cause Hair Loss -3269 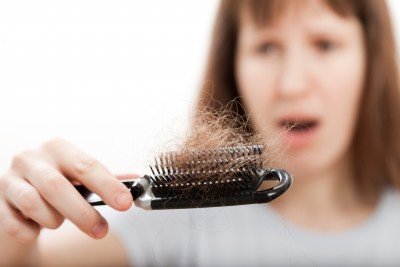 Leading scientists believe that patients who are being treated for herpes should be warned about a potential side effect – loss of hair.

The herpes virus (of which there are many forms) is relatively common. For instance, cold sores are caused by the herpes simplex virus. While the cold sore can be treated easily, the same virus can cross the blood-brain barrier where it can do severe damage.

It attacks the hippocampus, which is responsible for memory and understanding of time.

Researchers from the US Centre for the Biology of Chronic Disease tested a number of drugs used for the treatment of the herpes virus.

As well as common side effects of most treatments such as abdominal pains, hair loss can occur in some cases when taking particular anti-viral drugs.

For those worried about losing their hair whilst undergoing treatment, scientists suggest taking one of 2 drugs which are not just effective in treating the disease but also are not associated with drug-related alopecia.

These are Novirin and Gene-Eden-VIR. The latter are also thought to be the only natural herpes medication on the market as they are derived from plant extracts.

In other news, dieticians believe that people in general can prevent loss of hair by eating healthily; in particular eating foods rich in iron.

Iron deficiency is considered a major cause of alopecia, so eating more green vegetables such as spinach is beneficial to hair.

Also, spinach contains other beneficial ingredients for hair including calcium, magnesium, potassium and omega-3 acid. All are thought to be vital for maintaining a healthy scalp as well as ensuring that hair retains its lustre.

Other foods that hold benefits for the hair include carrots, sweet potatoes, eggs and dairy products, oats and walnuts.