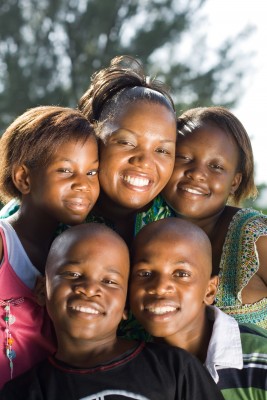 Losing hair at any time of life can and often is devastating. But two people decided to lose theirs to demonstrate friendship and solidarity with their friend at an awful time in her life.

Adele Marshall was diagnosed with Lymphoma, who during treatment would lose her hair. Without turning a hair, Adele’s friends – Rachel Newall and Karen Thompson, decided to have their own hair shaved off.

But they didn’t leave it there. The trio decided to combine this with raising money for the Lymphoma Research Trust. So far, they have collected £1300, but the friends are hoping this could increase to £2000.

As for Adele, while she thinks her friends are mad to shave off their hair, she is also overwhelmed at their support.

In related news, students at Lancaster High School in America decided to raise money for cancer research by ‘going bald’. So far they have raised $13,000.

Forty two students plus some members of staff went to the school’s gymnasium where they all had their hair shaved off or cut very short to help the local Roswell Park Cancer Institute. Hair was also donated to the Locks of Love charity, a non-profit organisation that makes hair pieces for people suffering from hair loss.

The fundraising was started as part of an exercise in the school’s leadership class; it’s also the first of its kind in the school.

One of the organisers, Anthony Catalano told the local newspaper: “We are really excited that it got this big. We have raised so much money because there are so many people here supporting it.”

He added: “We unexpectedly multiplied our goal.”

The ‘going bald’ project was also about having fun while raising much needed money at the same time. Another organiser Jessica Kaczor said: “Many people donated to the participants, because they thought it would be interesting to see a certain person without hair.”